IN THE MEN’S REST ROOM

I had a very dear friend named Georges. He originated Handy Dan Stores which morphed into Handy City Stores. As the company got larger, he hired a number of high powered executives who were more focused on the movement of money than they were in the kind of humanistic, hands-on approach that Georges was known for. He was also a spiritual seeker. When board meetings became too rancorous and oppressive, he told me that he would go to the rest room and as he stood at the urinal, he would look at a light directly in front of him and remind himself to center himself and return to a place of spiritual peace.

That made quite an impression on me even years after Georges had passed on. I was thinking of Georges the other day, coincidentally, as I was on my way to the men’s room. As I stood in front of the urinal, I glanced up and found myself transfixed by the logo on a box whose purpose was to sanitize and deodorize. The name of the company was Auto-San, which I translated into the purpose of my therapy practice as automatic sanity. I glanced at the bottom of the logo and was surprised to find the company slogan: “Heavenly Scent.” Now I was hooked. With a certain amount of squinting, I began to make out a tiny figure in the center of the logo. It looked like a young boy sitting cross-legged on a cloud. Even closer inspection (at this point I was longing for a magnifying glass), showed this young boy had a halo.

Like a pilgrim searching for the holy grail, I went back to my office and dove into the world of Google and finally discovered the location of Auto-San. It was on Bartlett Avenue right here

In Memphis. After a number of calls, I learned that the president of the company had died but there were some people who possessed the original art work for the logo. After a brief business meeting, I was granted the right to use the logo in this article. Here it is:

I can’t help but think that Georges is looking over my shoulder, smiling his sweet smile, as I write this article.

It is rumored among Marriage and Family Therapists that on the wedding night, there are at least six people in the wedding bed: the bride and her parents and the groom and his parents. We carry our parents into the bed unconsciously…their values, their relationship styles, their attitudes toward money, sex, parenting and life in general. Oh what a tangled web we weave! We are driving fast and furiously into the future while looking into the rear view mirror. We say things like “He treats me just like my father did.” But we don’t really get the true import of what we are saying. END_OF_DOCUMENT_TOKEN_TO_BE_REPLACED

Occasionally a client will come to see me after having seen a number of therapists over the years.  They will often start the session by listing their ‘issues.’  Sometimes it is an issue with commitment or intimacy or organization.  I will suggest that we might call these ‘excuses’ in the sense that they are listing reasons why they can’t function the way they would like to in their lives.  It is also clear that they have the idea that by being able to name these issues, they are ahead of the game or somehow better off.  My experience has been that ‘knowing why is the booby prize.’  No matter how much they understand  or analyze the ‘issue’, it still manages to hold them in its grip.

The resolution of these ‘issues’ is an inside job.  Learning to listen compassionately to one’s inner world, the parts of us that are in conflict and  the parts that have been exiled from our conscious mind is the first step to freeing ourselves from historical trauma and fears.  The process of going inside is relatively simple.  The greatest barrier to doing it is that we keep ourselves distracted out of the fear of what we will find.

The Twelve Step program in all its forms is the fastest growing spiritual movement in the western world. Last year, Time magazine reported that over fifteen million people were involved in ongoing Twelve Step programs and anticipated exponential growth. Spiritual abuse, the process by which religious dogma and concepts were used in our childhood as punishment and shaming devices, is probably the greatest block to receiving the healing power of a Higher Power in our lives.

The Twelve Steps refer to “God as we understood him” and therein lays a critical issue for many recovering people. If in childhood we experienced abuse, abandonment, loss and shame (and all of us did on some level) and have associated that pain with God, then our ability to access Higher Power as a healing resource is severely damaged and END_OF_DOCUMENT_TOKEN_TO_BE_REPLACED 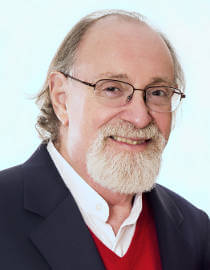 Dr. Weiss has led over 500 business workshops and has done in-depth coaching for hundreds of executives at Savin Corporation, International Paper, Holiday Inn, Promus Corporation, The Peabody Hotel and many others.

For many years, Dr. Weiss has committed his practice and life to the attainment of self-awareness and peace. His techniques include a gentle but powerful approach to personal growth, combined with a sense of humor and warmth.

Click the link to read more about the workshop, and what you can gain from it. Host Mark Weiss. Guest speaker: Tom Holmes. Read more and join the workshop