The impact of music on my life.

I am 71 years old and have been a psychotherapist for the better part of those years.  Music has been an important, in fact, pivotal part of my life since conception.  My father, Sid Weiss, was a world-class jazz bass player.  He played with Artie Shaw, Benny Goodman, and Tommy Dorsey and was a studio musician on the Steve Allen Show.  I grew up in an apartment building in Queens (Elmhurst), populated by musicians.  When my mother was pregnant, Billy Holiday wanted to be my godmother.  I was surrounded by talented musicians and singers.  I am relying on the stories my mother told me since most of these events occurred before I had any conscious memory. 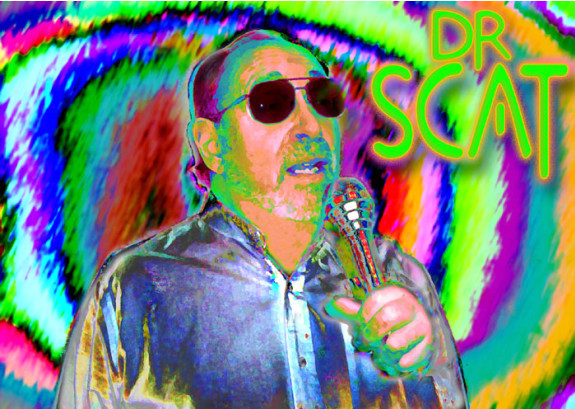 I do remember that in junior high school I was in an accelerated academic program for which I was emotionally unprepared.  One day I quit the program and wandered down to the band room in the basement of P.S 16 and asked the band teacher, Mr. Fink, if I could join the band.  He was fine with it and asked me what instrument I would like to play.  Clarinets and saxophones seemed horribly complex.  Trumpets appeared to have only three notes, so I went for the simple.  Mr. Fink took me in another room and showed me how to play an ‘F’ and I was off and running.  He formed a little band and I volunteered to play the bass.  My father decided he would be my bass teacher.  Big mistake!  His perfectionism and shaming were so intense that I accidently broke the necks of three basses in a year, one of which was my father’s practice bass.  For years after that experience I was unable to read music without closing my eyes in anxiety.  Needless to say, I was impaired for years.

Eventually having taken a liking to trombone I entered the big jazz band at Valley Junior College.  Luckily, this was the number one college big band in the country.  Because of my anxiety, every time the band had to stop because of a mistake, I was the culprit.  Bob MacDonald, the director of the band and a kind and wise man said “Mark, I will give you a ‘B’ in this class if you promise not to sign up for it next semester.”  I felt ashamed, relieved and sad, but I took his offer.  About three weeks into the next semester, he came to me and said, “I am short a trombone player.  Would you like to sit in for no credit?”  I jumped at the chance and strangely, without the threat of grades, my performance improved significantly.  A wonderful jazz trumpet player named George Graham said I needed a good teacher and a fabulous trombonist had just moved to town and was taking students.

His name was George Oliver.  He had played with the Chicago Symphony under Toscanini and he knew the secrets a trombonist needs to know in order to succeed.  My range went up a full octave in a month.  My confidence and ability to read music zoomed.  I finally had a real master trombone teacher.  He would say “I’m gonna show you something for your amazement.”  And he always did.

At the same time I had befriended an African from Ghana who was teaching me karate.  My wind started to be much stronger.  I switched to bass trombone which I loved.  I was at the bottom of the band.  Now Bob MacDonald noticed my ability to punch notes and help drive the band.

Five days a week, my friend Mike Anthony, an up and coming jazz guitarist would pick me up at my house and we would drive to school, practicing our jazz by scatting (using our voices as improvising jazz instruments.

At this point in 1962, our band was ready to go the Monterrey California to enter the National Big Band contest.  We were primed with great arrangements, terrific soloists, strong confidence and me on second trombone, a position I had earned.  There is nothing I can compare to a seventeen-piece big band that is totally ‘tuned up.’  We tore it up.  We took first place as the best college big band in the country.  To this day I can feel the elation of that experience.

That night two friends and I camped out at Pfeiffer State Park in Big Sur.  It was ungodly cold and I developed pain in my toe.  It was the beginning of my 51-year struggle with psoriatic arthritis.  Despite the pain, I left home and joined my friend Jim in San Francisco.  We lived in single rooms over the Green Valley Bar on Grant and Green.  I didn’t play much but did a lot of listening at local clubs. Over the months I stayed and worked in San Francisco the pain increased.

I moved to Pacific Grove just outside Monterrey, California.  Within three months I was crippled with pain.  I returned to my parents’ house and began an excruciating near-death experience in a hospital bed at home.  Every joint in my body was inflamed.   My parents worked, so I spent a lot of time listening to WBCA, the jazz station in L.A. I was enlightened by the music of Miles Davis, John Coltrane, Thelonius Monk and a host of other geniuses. I also had a dear friend named Chick Carter who played tenor saxophone.  Chick would come to my house and play his sax while I sang bass parts behind him.  He often said I was the best rhythm section he’d ever played with.

The doctors finally gave me steroids and I immediately began to recover. I returned to junior college in a wheel chair and rejoined the concert band.  My right arm was frozen in a closed position.  I set a goal.  In three months, Ferde Grofe was to conduct his Grand Canyon Suite. I committed to returning to trombone and being able to reach seventh position (fully extended arm) by the time of the concert.  I accomplished my goal.

Because of the deformities forming in my hands, I stopped playing bass and sold my trombone for psychology books.  I still continued to scat sing on my own.  In 1964 I went to Mississippi during Freedom Summer and worked with a youth group in Cl arksdale. I sang many freedom songs and learned from my group about Smoky Robinson, Major ance and other stars of rhythm and blues.

Three weeks later, I took my wife to a jazz club in Atlanta for New Years Eve.  The place was empty except for the pianist.  His name was Duke Pearson, a world famous jazz pianist.  I approached him and asked if I could sit in.  He handed me the microphone and I started scat singing.  We had a great evening and I was hooked.  Soon I was singing three nights a week with Jerry Farber, a comedian and jazz pianist.

Fast forward:  I am living in Memphis, sitting in at Blues Alley and doing occasional concerts with my band ‘Heaven on Earth.’  I go to a conference in Southern California and meet a guy named Thor from Copenhagen who tells me about the great jazz festival they hold every year. My father had told me that there was nothing so fine as playing jazz in front of a European audience. I was sold.  The following July I am in Copenhagen.  I walk into a club and ask if I can sit in.  They are cordial and invite me on stage.  The next thing I know, the audience is yelling and screaming and I am getting a standing ovation.  Later that evening I am invited by the same rhythm section to sing at a jam session starting at 1 a.m.

The club, La Fontaine, is grimy, noisy, smoky smells of beer.  It is just perfect for an after- hours jam session. For some reason (maybe because I look a bit like an accountant) the place goes dead silent.  I sing slowly at first and then I begin to swing and then I start to scat sing and the place goes nuts…more screaming and yelling.  I am in heaven.

I have now gone to the Copenhagen Jazz Festival for 15 years.  I perform with the Monday night big band, a bunch of jam sessions and am a guest at a number of concerts.  In Memphis I sit in with a great singer named Joyce Cobb for a weekly Sunday Jazz Brunch.  There’s a lot more to say, but I’ll leave you with my web site: www.doctorscat.com

Want to join the discussion?
Feel free to contribute!